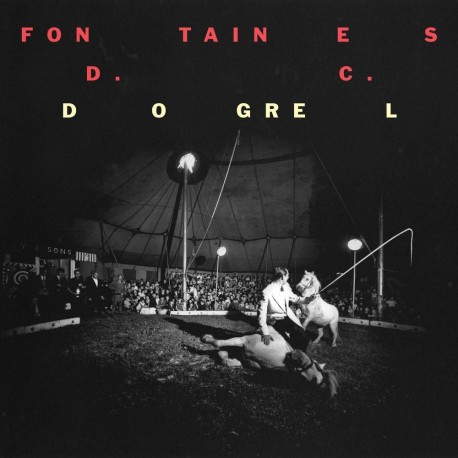 The Debut album from the much loved at Rough Trade shops Fontaines D.C. They don't pretend to be from anywhere but Dublin, and that charges their colloquial rock'n'roll garage music with an authenticity that makes them stand apart. The album is sharp, gritty and intense. The band are locked in and the vocals mixed high with Grian Chatten's irish accent prominent.

Standouts include Hurricane Laughter which is an insistent and repetitive song built on a Mark E Smith style spoken vocal and a band who are locked into a rock n roll groove. The hook of "And there is no connection available" lingers long in your mind after the song has left the building.

Boys in the Better Land is another golden nugget that has the sound of The Modern Lovers if they'd grown up in Dublin whilst first single on Partisan Too Real is a masterclass in repetition. It employs hypnotic, kraut-rock infused cyclical riffs, whilst channeling Dublin into their concise and often-unassumingly poetic lyrics with a distinctive gritty Irish drawl.

Seriously you won't find a better debut album this year. It oozes class and is the sound of 2019

Side B:
The Lotts
Chequeless Reckless
Liberty Belle
Boys In The Better Land
Dublin City Sky