> Vinyl>Shellac - The End Of Radio 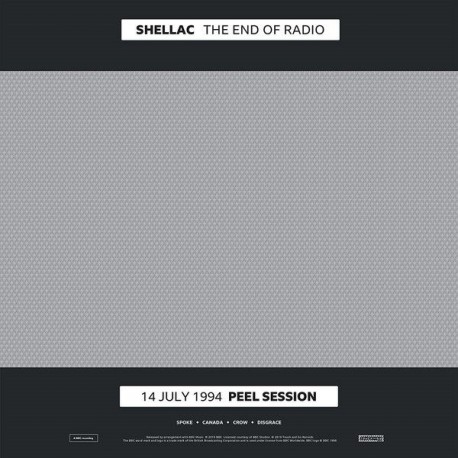 Shellac - The End Of Radio

Shellac, the noisy rock trio fronted by Steve Albini, will put out a double-vinyl collection of previously unreleased recordings they made for BBC Radio's Peel Sessions. The album, The End of Radio, will come out on June 14th and will include a single CD of the album. The first LP contains four songs the band cut in July 1994 on BBC Maida Vale Studio 3's 24-trakck console, the same year they put out their debut, At Action Park. That record's 'Crow' was among the recordings they recorded that day, and they also did three songs that would later appear on 1998's Terraform and 2007's Excellent Italian Greyhound: 'Canada,' 'Disgrace' and 'Spoke.' They mixed them to stereo that day.

Side B: 1 December 2004 Peel Session
Ghosts
The End Of Radio
Canada

Side C:
Paco
Steady As She Goes
Billiard Player Song