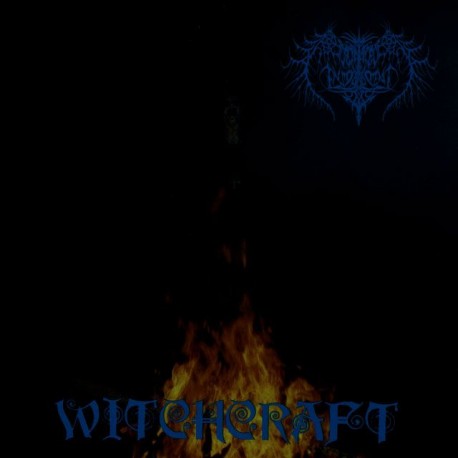 THE HIGHLY-REVERED SECOND STUDIO ALBUM OF MASTERFUL SYMPHONIC & MELODIC NORWEGIAN BLACK METAL, FEATURING PEST FROM GORGOROTH & RECORDED AT GRIEGHALLEN STUDIO. Norwegian cult act Obtained Enslavement was formed in 1989 initially as a death metal act, before embracing a grimmer black metal style and recording four full length albums during their career. The band notably featured vocalist, Pest - known for his work with black metal legends Gorgoroth - within their ranks. Obtained Enslavement was among the leading acts which rose to prominence from the mid-90s Norwegian black metal explosion, with their 'Centuries of Sorrow' debut surfacing in 1994. 'Witchcraft' was the title of their follow-up, second studio album, and was originally released in 1997. 'Witchcraft' took things to a whole new level beyond the band's debut, featuring highly accomplished and expertly crafted melodic black metal compositions merged with symphonic elements and dark atmospherics in the vein of acts such as Emperor. 'Witchcraft' was recorded in 1996 at the infamous Grieghallen Studio in Bergen, by legendary producer Pytten, known for his work on countless black metal classics, including Mayhem's 'De Mysteriis Dom Sathanas' opus, & Emperor's 'In the Nightside Eclipse'. This edition of 'Witchcraft' is presented on vinyl, having not been released on the format since the initial pressing in 1997, and includes artwork as featured on the original CD version.

Side A:
Prelude Funebre
Veils Of Wintersorrow
Torned Winds From A Past Star
The Seven Witches
O'Nocturne

Side B:
From Times In Kingdoms
Witchcraft
Warlock
Carnal Lust