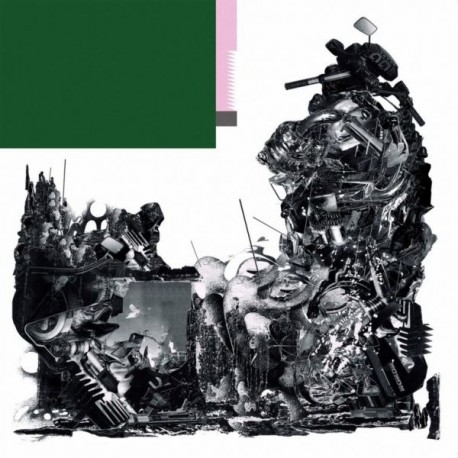 The album produced by Dan Carey is scratchy, intense and discordant. Roaring with riffs, locked in rhythm section and a truly unique vocal make black midi stand head and shoulders above all in 2019. Think Radiohead split into atoms and then fused back together with spirit of Battles and 90's era Touch and Go Records. black midi - Georgie Greep (vocals / guitar), Matt Kwasniewski-Kelvin (vocals / guitar), Cameron Picton (vocals / bass), and Morgan Simpson (drums) - have a dynamic energy, playing as a musical unit that's constantly in a state of flux and development. Schlagenheim was recorded with Speedy Wunderground producer Dan Carey, who the band praises for his quick, unfussy approach. black midi laid down eight of the record's nine tracks in just five days. The process was one of refining and rebuilding tracks around the initial structures. Five hour jams would sometimes yield a riff that then became a few bars of a song. As anyone who's been lucky enough to catch black midi live over recent months will testify, black midi's songs are slippery creatures.

Side A:
953
Speedway
Reggae
Near DT,MI
Western