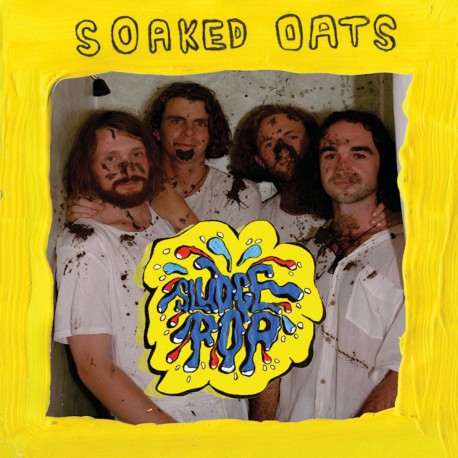 Originally formed as a label for Australian artists only, Dot Dash / Remote Control Records co-owner Harvey Saward commented on the addition of a New Zealand band to the roster, "In the fine tradition of Mother Goose's Baked Bean song, Sharon O'Neil and the pavlova; it seemed only right for an Aussie label to claim another golden Kiwi as our own. Joking! Actually, we saw this band live and alongside the new recordings we believe these young chaps have amazing potential".

The new single 'Coming Up' brings the wistful self-examinations within Soaked Oat's lyrics to the fore, drawing the listener into a reflective, nostalgic soundscape. Paired with a video directed by Jake Munro, the flickering black-and-white film depicts the boy's adventures during their travels in a 34 foot 1980's R.V. they called home for their 10 week, 20 thousand mile, D.I.Y U.S. tour in 2018. The video transports us through both rural and suburban America. We witness caravan parks, waterfalls and underground gig venues, following the boys on their travels through the grainy lens of nostalgia and longing for a time now passed.

Side B:
My Mud Your Shoes
Don't Chew