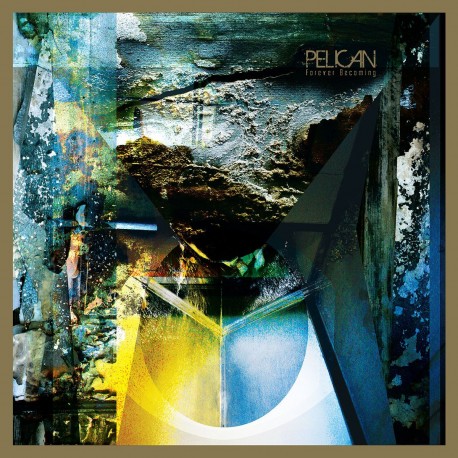 This is a deluxe reissue of Pelican's 2013 album Forever Becoming, featuring vastly improved mix and mastering of the original songs replete with a revised version of the previously Japan-only bonus track "Bardo." Initially recorded by Chris Common under optimal conditions at Chicago's Electrical Audio, Forever Becoming was mixed in less-than-ideal circumstances at a makeshift studio in Los Angeles, yielding mixes that varnished the incredible tones generated during tracking. When the subject of a vinyl repress came up, Common, now helming his own proper studio, asked for another crack at mixing the album. The result brings a new level of low end depth, atmospheric clarity, and tight, punchy heaviness to the album. Vinyl pre-orders are coming soon.

Side A:
Terminal
Deny The Absolute
The Tundra

Side B:
Immutable Dusk
Threnody

Side C:
The Cliff
Vestiges