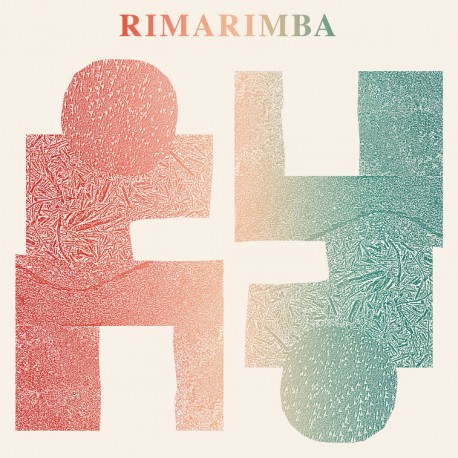 Freedom To Spend's first catalog wide deep dive into an artist's career focuses on four albums from Rimarimba, beginning with 1983's Below The Horizon, followed by 1984's On Dry Land, 1985's In The Woods, and finally, the once-imagined, now-realized assembly of 1988's Light Metabolism Number Prague. Rimarimba was the project of Robert Cox, based in Felixstowe, on the seaside in Suffolk, UK. Rimarimba was not Cox's first entry into the world of recorded music, but was the first time he explored, most perceptively, the parameters of a particular musical mode: one where minimalism is removed from its "high-art" mantle, Cox inveigling its practices in amongst the do-it-yourself creativity of a burgeoning and beguiling underground, letting the music breathe - and most importantly, letting it play, gifting it with imagination. Freedom To Spend previously offered all four Rimarimba albums in an edition of 250 screen-printed canvas carriers. The canvas collection is long sold-out, and this second edition of 200 4x LP sets will be the only other opportunity to access Light Metabolism Number Prague. Each album features artwork reinterpreted from its original edition by Will Work For Good, a "Certificate of Absurdity" from Robert Cox, and accompanying abstracts by Jon Dale.

Below The Horizon
Side A:
Steady State
Metal
Gone To Hell In A Bucket
The Melting
The One That Got Away
Ships

On Dry Land
On The Range
Side C:
Do Wonders For Me
Tacky Travel Tune
Crash
Fairground
Down From The Sky
I Wouldn't Ask
Can't You Feel It
Welsh Water
On The Range
Gnats
Cacoughanation

On The Beat
Side D:
Sick
Spirit
Foulground
Machinebeat
Beyond Pain
Not Enough Time

In The Woods
Side E:
Spafft Moutafft Seeall + California
In The Can
Firedance
Bamboo Link + Couldn't Top The Demo
California + Saxes
Clearview
California + Bell
Gone To Hell In An Even Smaller Bucket
xit
He's A Good Lad

Side F:
Pacific
From 6 To 13
California + Guitars
Fitall Wall
Gone To Hell In The Smallest Bucket Of All
Few Parameters
Bamboo Duck
Hey! Almost Chinese Ain't It?

Side H:
Tom & Jerry
Why Do You Squeak
Tallis Sleeps
Gaelic Progress