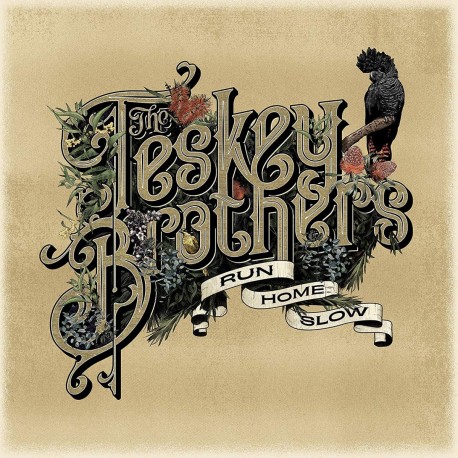 Following on from the release of their hugely acclaimed debut album 'Half Mile Harvest' (2017), The Teskey Brothers will release their highly anticipated second album, 'Run Home Slow!'

Having vaulted into the hearts of old-school music lovers everywhere with their raw soulful debut album, the band has since toured extensively around the globe, mesmerizing audiences with their powerful live show.

From the first notes of Josh Teskey's era-defining vocal to the jaw-dropping restraint of rhythm section Brendon Love (bass) and Liam Gough (drums), and the sheer wonder of Sam Teskey's guitar sorcery, you just know that you're witnessing something special.

Side A:
Let Me Let You Down
Carry You
Man Of The Universe
Hold Me
Paint My Heart

Side B:
Rain
So Caught Up
San Francisco
Sunshine Baby
Sun Come Ease Me In
That Bird