> Vinyl>Sam Anning - Across A Field As Vast As One 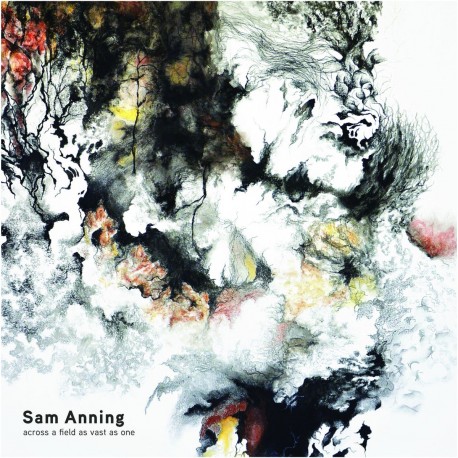 Sam Anning - Across A Field As Vast As One

Melbourne bassist-composer Sam Anning's third album as bandleader 'Across A Field As Vast As One', is out May 18th on Earshift Music. The band will be touring nationally, performing at the Melbourne, Brisbane and Sydney Con International Jazz Festivals in June.

The National Jazz Award winning bassist has assembled an all-star Australian jazz cast to bring to life his stunning compositions, featuring trumpeter Mat Jodrell, saxophonists Julien Wilson and Carl Mackey, pianist Andrea Keller, and drummer Danny Fischer. 'Across A Field As Vast As One' traverses eight original Anning compositions, drawing on diverse influences including his years living in New York City, the Australian landscape, recent world events and most of all, a homage to his late great mentor, the Australian drummer Allan Browne. Anning sums up Browne's influence on his music with the phrase "music is far too important to take seriously."

The band has been performing together for the past three years, with recent appearances at the Wangaratta Jazz Festival, The Jazzlab and Bennetts Lane Jazz Club. Each member is an outstanding musician in their own right, with a long collaborative history with Anning. "I love playing with this group of players", says Anning, "I've been working with these musicians for almost 16 years, and they are some of my favourite people in the world. The album is an exhibition of music that has been somewhere in my periphery for a number of years. Some pieces have taken shape over long periods of revision, such as Talking Wall, and others were composed quickly, close to the initial source of inspiration, such as Sweethearts."

Originally from Perth, Anning has quickly become a major force in Australian jazz, having regularly performed with the late Allan Browne, Joe Chindamo, Aaron Choulai, Paul Grabowsky, and Jamie Oehlers before relocating to New York City in 2011 to complete a Masters of Music at the prestigious Manhattan School of Music. Anning quickly became an in-demand bassist in one of the world's most competitive cities, touring extensively throughout North America and internationally with performances at the Montreal, Vancouver, Detroit, Jazz a Vienne, Copenhagen, Port au Prince, and Panama Jazz Festivals. He has been fortunate to perform with Joe Lovano, Kenny Werner, Ari Hoenig, George Garzone, Gilad Hekselman, Greg Osby, and Charlie Haden, among many others.

Returning to Melbourne in 2015, Anning has made a significant contribution to the local jazz scene in the last few years. His current projects include DataMeta featuring Gian Slater and Barney McAll, The Stretchropolitans, and George&Ivy featuring Anning's work as a songwriter and guitarist. He is a regular member of Andrea Keller's various projects and co-leads the award-winning groups Speedball and Ragstretch. Anning's recent accolades include the National Jazz Award for bass, an ARIA nomination, a Freedman Fellowship finalist and two Bell Awards.