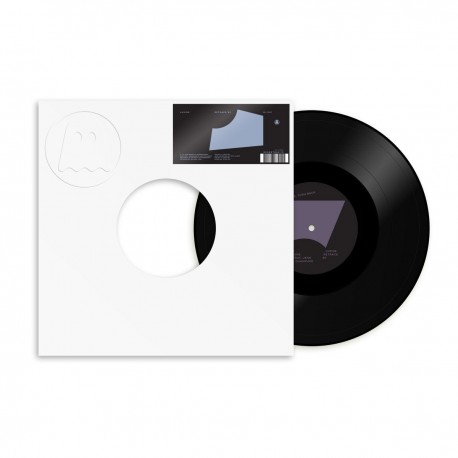 Repetition is learning. Retrace, the new EP from Jeff McIlwain aka Lusine, moves along this line of thought, reflecting the Texas-raised/Seattle-based producer's recurrent, iteration-embracing approach to music-making and living. Following 2017 full-length Sensorimotor, which explored the body's instinct versus the brain's intent, this introverted 4-tracker finds McIlwain just as kinetically-curious. Balancing focused programming with washy, less concrete sonics, Retrace plays with the unexpected by drawing from slight variations on the same idea. Sequenced into his trademark mix of polyrhythmic synths, processed vocals, and organic instrumentation is the more prominent use of a looper. The technique lends each composition an uncanny kind of multiplicity. Opener "Not Alone" repeats and stretches vocal phrasings from Hardly Art-signed American singer-songwriter Jenn Champion, building onto itself until a climactic, near-duet reset. South Korean musician Yousun Cho aka CIFIKA brings a fluttering of bilingual directives to "Step On," a buoyant exercise in electronic pop. The title track embodies the whole, allowing a single synth pattern to morph, regenerate, and bloom before returning to its original form. "You can't ignore the steps that it took to get where you are now," says McIlwain. Retrace is a fluid line between recursive past and proof of the present. Another in a series of consistently engaging pivots for one of the more diverse experimental electronic discographies of the past two decades.