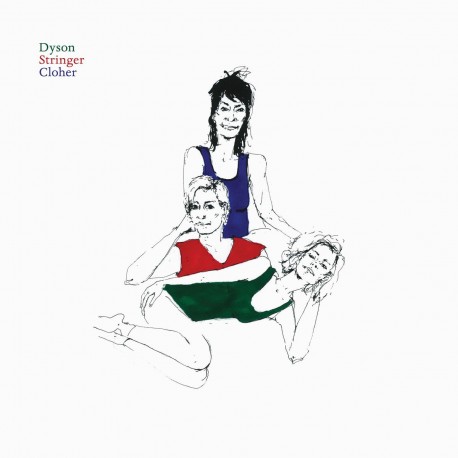 Dyson Stringer Cloher's self titled debut album is out through Milk! Records this October. With Dyson based in L.A and Stringer in Toronto, the band chose to meet halfway to make a record at Jeff Tweedy's 'The Loft' in Chicago. Taking on production duties themselves, they asked Wilco's Glenn Kotche to join them on drums and Grammy Award winner Tom Schick to engineer. The results are what you might expect - inspired guitar playing and exceptional songwriting - warm, heartfelt and real.

It's an interesting time for women in the music industry, especially those closer to their 40's. Trailblazers like Dyson Stringer Cloher have inspired the new wave of women and gender non-conforming artists who are now finding an international audience. "You kicked the door wide open so I could walk onto that stage", reminisces Cloher in Falling Clouds, a song about seeing The Clouds and Falling Joys at an underage gig in her hometown of Adelaide in the early 90's. In the same song she questions the absence of Australia's female poet laureate, "Nothing against Paul or Nick, but if you want to be remembered then you better have a dick."

Side A:
Falling Clouds
Believer
With My Hands
Cant Take Back
Running for the Feeling

Side B:
Too Seriously
Young Girls
The Other Side
Be Alone
Can I Borrow Your Eyes