> Vinyl>Dan Luke & The Raid - Out Of The Blue (LTD Col Vinyl)
Reduced price! 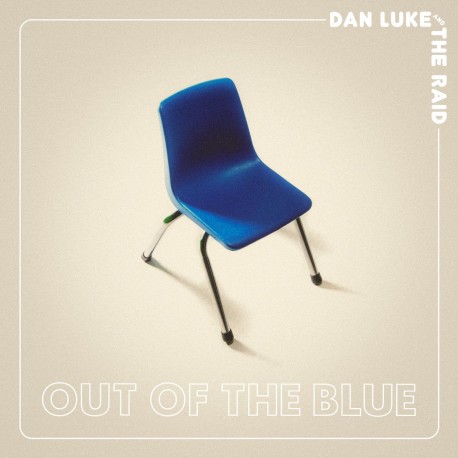 Description
Details
Track Listing
Reviews
Shultz and his Dan Luke And The Raid bandmates know a thing or two about the last part of that equation, as evidenced by the songs and subject matter on 'Out Of The Blue'. Throughout the album's 10 tracks people are passed out on curbs under neon signs ('Black Cat Heavy Metal'), breaking hearts over rolled-up dollar bills ('Exoskeleton'), leaving baggies lying in passenger seats ('Money Mouth') and faking smiles and feeling ashamed ('Golden Age'). Legs are bleeding, faces are numb and Shultz declares his band to be the "diamond kings of smut."

Side A:
Farrah Mantra
Disco Is As Disco Does
Exoskeleton
Fool
Money Mouth