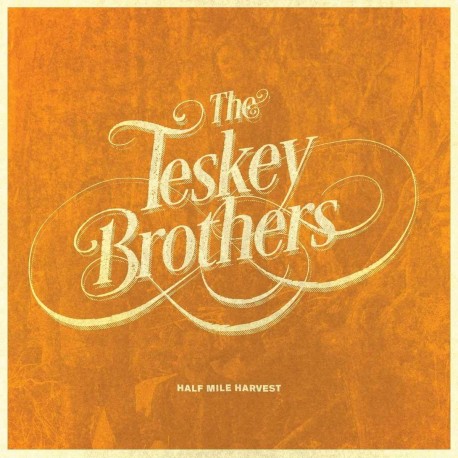 The Teskey Brothers - Half Mile Harvest

Honouring that old school Motown sound and working it into something of their very own, The Teskey Brothers, release their debut album Half Mile Harvest. Written by all four bandmembers the album was recorded in their own home studio, self produced and released independently. After cutting their teeth in Melbourne city-fringe pubs and backyard party jams for nine years, 2017 will see The Teskey Brothers stepping up to tour the album in every corner of the country. They are currently on the road with Busby Marou and will then embark on a run of headline dates and festivals. Listening to Half Mile Harvest you'd be forgiven for thinking it was the work of Stax Records alumni in Memphis circa '67 rather than a group of twenty-somethings from the Yarra Valley. The sound so authentic, the songs so original.

Side A:
Crying Shame
Say You'll Do
Pain and Misery
Shiny Moon
Reason Why

Side B:
I Get Up
Louisa
Til' The Sky Turns Black
Hard Feeling
Honeymoon