> Vinyl>Common Holly - When I Say To You Black Lightning
Reduced price! 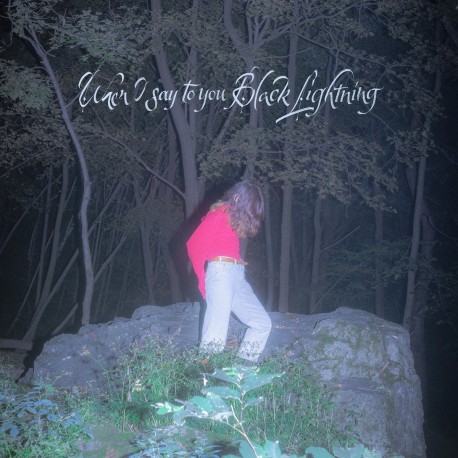 Common Holly - When I Say To You Black Lightning

Holding fast to the emotional honesty of Playing House (2017), Common Holly's sophomore record, When I say to you Black Lightning is a look outward; an exploration of the ways in which we all experience pain, fear and self-delusion, and how we can learn to confront those feelings with boldness. A swift change of course, WISTYBL couples a submergence into the dark and dissonant with its consolation in harmony, and a dose of dry humour.

The record is more experimental than Brigitte Naggar's debut. It is rougher, looser, louder and more atonal. It feels edgy, but still kind. WISTYBL ditches fear without losing vulnerability, and trades in sadness for the healing powers of anger, and the strength of observing, recognizing and confronting. Through its 9 labyrinthian yet catchy tracks, shaped sonically by the seriously unique visions of Devon Bate, Hamish Mitchell, and Naggar herself, the album observes the complexities of mental health, the precarity of life, and the challenges of finding strength in the face of grave misunderstanding.

On its own, When I Say to you Black Lightning is a phrase which holds authority-- it does not apologize for itself, it stands boldly where it is, and yet it also laughs at itself for daring to take up that space. The title phrase is directive - it suggests a thought without completing it, engaging you to contemplate what comes next and pointing the finger away from itself to somewhere undefined. If Playing House was about personal turmoil, WISTYBL is about humanity's emotional challenges and how we each approach them as individuals. The former centered around one person and one heartbreak, while the latter circles different characters that Naggar has observed or interacted with-romantically or otherwise, whose stories cumulate in a whimsically entertaining tale of struggle, and the resulting emotional growth.

Side A:
Central Booking
Joshua Snakes
You Dance
Measured

Side B:
UUU
Little Down
I Try
It's Not Real
Crazy Ok