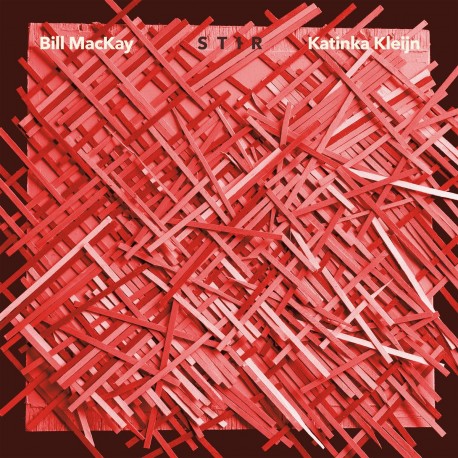 Fresh off his acclaimed solo album Fountain Fire (DC734, out earlier this year), Bill MacKay is back to harmonic atom-splitting with all six of his guitar strings in this new collaboration with cellist Katinka Kleijn, STIR. Bill is an avid collaborator (see DC688, SpiderBeetleBee, with Ryley Walker), and over the past seven years, he and Katinka have used live performance to build their chemistry into a surprising, organic density, with sharply-etched colors drawn from avant-rock, folk, jazz classical and experimental music. It is at once an unlikely and perfect pairing as both musicians are known not only for their chops, but for their creativity, curiosity and range. Together they form a fluid, intuitive, dialogical and improvisational pair. Stir is centered on a series of MacKay's compositions, partially inspired by Hermann Hesse's novel Steppenwolf. You can try following along with the book, but don't expect any Dark Side of the Moon/Wizard of Oz-type moments. This is a concept unhindered by the conceptual, but it has a beautiful through-line to its organization. The repetition and expansion of themes borrows from the chamber music world, while the distortions, free play, and edge of much of the work clearly draws from the duo's friends in noise and the avant-garde. Were Jim Hendrix, Henry Flynt, John Cage, PJ Harvey, Duke Ellington, Eric Satie or Body/Head to appear in your mind as this disc was spun in your house - no one would less than inspired!