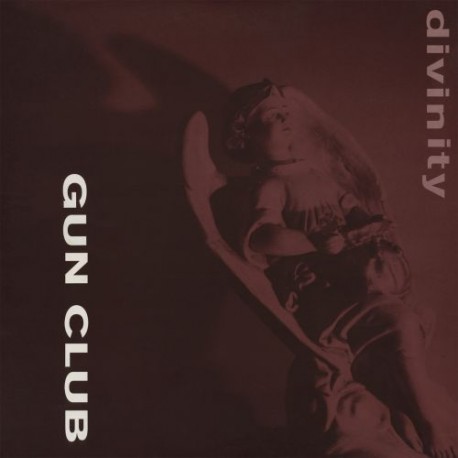 Finally reissued on vinyl and properly remastered for the occasion, "divinity" from THE GUN CLUB features and compiles an extended version of the original double EP released in 1991. This record, almost impossible to find nowadays, features the classic line up of THE GUN CLUB including Jeffrey Lee Pierce and Kid Congo Powers (after his time at THE CRAMPS and at NICK CAVE AND THE BAD SEEDS). During this period of his career, Jeffrey Lee Pierce advanced on the most complex and solid sounds of his music in an evolution of sound where his charismatic melodies were mixing wisely the swamp blues of the Mississippi Delta with the guitar majesty of Jimi Hendrix. The album includes lyrics in a deluxe gatefold jacket with inner sleeve. Definitely another classic by this long time missed atemporal band. Released under license from Creeping Ritual Productions. NOTE: Don't miss the complete recordings of THE BUTCHER SHOP, released on BANG! Records, including Kid Congo Powers as well as Tex Perkins and Spencer P. Jones of THE BEASTS OF BOURBON.

Side B:
Yellow Eyes
Hearts
Cool Drink Of Water
Fire Of Love