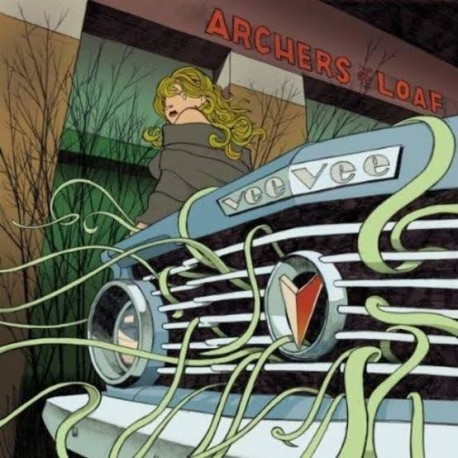 The first full-length produced by Bob Weston, Vee Vee was a slight departure from the bombastic noisepop that characterized Archers of Loaf's previous work, and the album's success proved that the band wasn't just a flash in the pan, The album became their best-selling album to date and landed them on the covers of national publications and at the top of college radio charts across the country. "Harnessed in Slums" and "Greatest of All Time" became anthems of the underground and led to successful tours with the Flaming Lips and Weezer and international tours of Europe and Australia.

Side A:
Step Into The Light
Harnessed In Slums
Nevermind The Enemy
Greatest Of All Time
Underdogs Of Nipomo
Floating Friends

Side B:
1985
Fabricoh
Nostalgia
Let The Loser Melt
Death In The Park
The Worst Has Yet To Come
Underachievers March And Fight Song