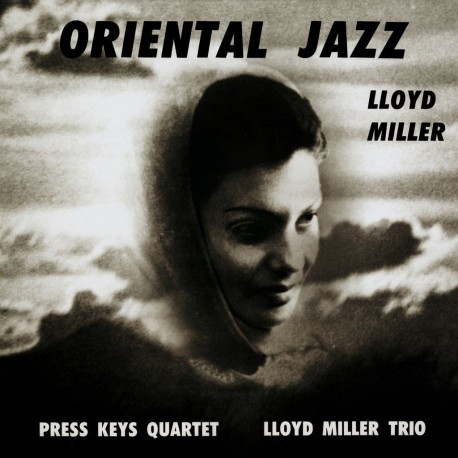 Oriental Jazz was recorded, compiled and self-released in 1968 while Miller was studying at Brigham Young. The record, originally pressed in a quantity of 300 copies, sought to combine a cool, modal style with the exotic arrays of instruments and styles that Miller had picked up during his travels. Miller included songs he'd cut with Gilson in his Parisian studio years before, and a solo piano piece that he recorded in one of the school's practice rooms. Despite Lloyd's professed aversion to modernity, there nevertheless is something strikingly new sounding about this music, which fits together in startling juxtapositions. Traces of Bill Evans, Stan Getz and Jimmy Giuffre rub shoulders with Persian santur, Arab oud and Turkish saz music. Copies of Oriental Jazz languished in Miller's home for years after numerous failed bids for record contracts, before finally ending up in the hands of record collectors decades later. After its release however, he would find a second life after returning to Iran, doing field recordings, and eventually hosting a weekly television show that programmed both American jazz and the best traditional Persian musicians he could find. It was not to last however, as he abruptly abandoned the country to return to the US in the late 1970s, predicting the arrival of the Islamic Revolution.