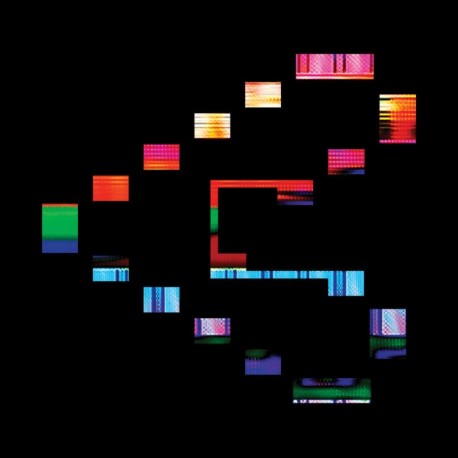 Squarepusher - Be Up A Hello (LTD First Edition Album)

Having spent the past few years focussing on his group Shobaleader One, Thomas Jenkinson returns to the fray under his much-loved Squarepusher guise with Be Up A Hello, Jenkinson's first LP by that name since 2015's Damogen Furies.

Jenkinson might have been making Squarepusher records for well over two decades now, but on the evidence of Be Up A Hello his enthusiasm for the project remains as strong as ever. Even by the maximalist, ultra-energetic standards of a typical Squarepusher album the first half of Be Up A Hello is notably bright-eyed and bushy-tailed. Tracks fizz with energy here, their breakbeats careering off each other as Jenkinson spins out assertive chords. 'Oberlove' and 'Hitsonu', the two cuts which kick off the album, are among the most gleeful tunes Squarepusher has ever made, their chord progressions and synth tones practically glowing with positivity.

However, the vibe of Be Up A Hello becomes darker and more fraught as it goes on. The record's later stages pull from the harsh, abrasive sounds of Damogen Furies. Needling acid basslines and frosty keyboards shift the vibe of Jenkinson's drum programming here - those breakbeats, previously so ecstatic in nature, suddenly start to sound rather nervy.

Squarepusher's first LP in four years is another masterclass in breakbeat and leftfield drum 'n' bass from the one born Thomas Jenkinson.