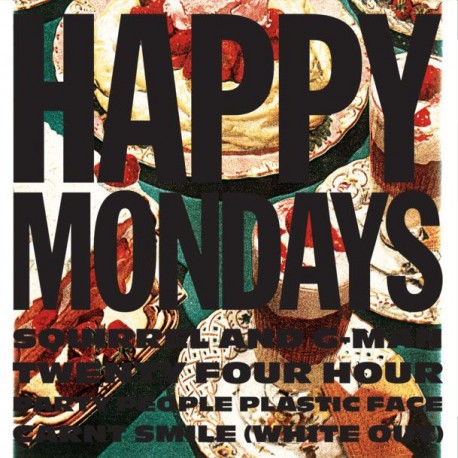 180g heavyweight 12" black vinyl. Sleeve with 3mm spine in silk-screen printed PVC O-card. Printed inner-sleeve. Download code included. Released in April 1987, the Happy Mondays debut album was a perfect snapshot of a very different kind of pop culture coming from beyond the fringes. It would be an underground album but a game changer. Produced by Velvet Underground legend, John Cale, this was the accidental sound track for the endless housing estates sailing away from Manchester City centre and into Salford-perfectly captured by this gang of misfits. With artwork lovingly replicated by original Manchester designers Central Station Design, this album is on vinyl for the first time since it's original release. Featured the singles "Tart Tart" and "24 Hour Party People"