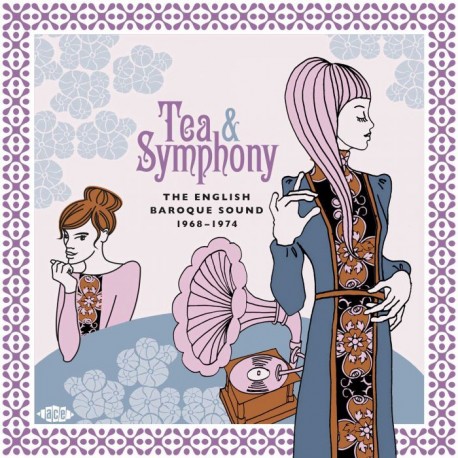 When psychedelia had run its course in Britain at the end of the 60s, the predominant trend was to get hairier and heavier and more long-winded. Many musicians, however, were still hung up on the trappings of psychedelia's home- grown strain, having found a musical home in its mournful evocations of Victoriana, its village green gentility and its nods to the pleasures of suburbia. They wanted to carry on using woodwinds, cellos and melancholic melodies. As the advent of the singer-songwriter offered another possible avenue for these refuseniks, a new brand of pop was discernible - the English Baroque sound. First compiled by writer and Saint Etienne member Bob Stanley 15 years ago, the original "Tea And Symphony" CD now sells for between Ã‚Â£50 and Ã‚Â£100. This new and improved edition will be the first time the title has ever appeared on vinyl and features several tracks that haven't been reissued before; Lora Findlay's distinctive artwork has similarly been given a fresh lick of paint. A definitive collection of English Baroque, this compilation includes familiar classics like Colin Blunstone's Say 'You Don't Mind' and Honeybus' 'I Can't Let Maggie Go', as well Vigrass and Osborne's original recording of the Justin Hayward hit 'Forever Autumn' and master of the observational, homespun pop Clifford T Ward's 'Coathanger'. In-demand rarities include Jon Plum's gothic tale 'Alice', Mike Batt's exquisite 'Fading Yellow' and Bombadil's 'When The City Sleeps', a rare Barclay James Harvest spin-off single. To the delight of people who thought the mine of great 60s and 70s 45s had been exhausted, previously undiscovered gems by the likes of Matthew Bones (the Kinks-like parlour piece 'Two Sugars'), Erasmus Chorum (the epic 'Mary Jane') and Les Payne continue to be unearthed. Here are more than 20 of baroque pop's finest moments. Make yourself a pot of tea, find yourself a comfy armchair, place a ginger cat on your lap and sit back. Compiled and annotated by Bob Stanley.