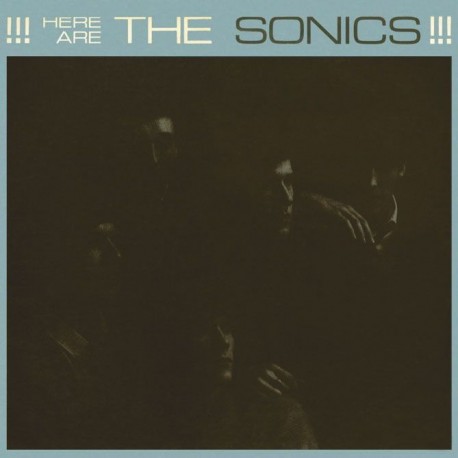 The Sonics - Here Are The Sonics!!!

At the time of its release, this LP made very little noise outside the group's home state of Washington - but within said home state, the Sonics themselves were making enough noise to blow down every brick wall between Tacoma and Torrance, California. Seldom has a group ever been better named. The youthful aggression in their music, coupled with singer Gerry Roslie's '80 razorblades-a-day' vocal attack and a selection of overwhelmingly brilliant riffs that underpinned some of the most wildly recorded music ever to be committed to tape, should have made the Sonics one of the biggest groups the world has ever known or heard. Instead they went on to become celebrated by generation after generation of collectors, and other young people with an urge to rock 'n' roll. The overwhelming importance of tracks like 'The Witch', 'Psycho' and 'Boss Hoss' has provided a template for countless groups who've come up in their wake, and who have achieved a level of commercial success that they could never have achieved without the inspiration (direct or spiritual) of the Sonics - fellow Pacific North-Westerners Kurt Cobain's Nirvana and their successor the Foo Fighters being, perhaps, the most obvious examples. This facsimile release comes on 180g black vinyl. We have put all the modern legal stuff including barcode, addresses and the like on a sticker, so your thick card LP sleeve will look as original as possible.