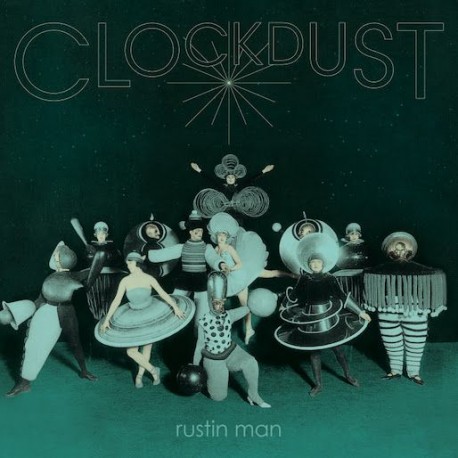 Rustin Man aka Paul Webb will release a new album, his second in two years. Having waited 17 years for Drift Code, some may be surprised at Clockdust's swift arrival, but the album's roots can be found in the same extended sessions.

"Early on I realised I had two albums worth of material," Webb explains. "The first tunes I wrote were electric guitar based, with long arrangements that built up in layers to something sonically quite dense. These became the bulk of Drift Code. As a reaction, I wrote a batch of songs that were tighter in their structure but had more feeling of space. These make up the bulk of Clockdust."

Idiosyncratic and quietly haunting, Clockdust is seeped in sepia-tinted nostalgia, "a powerful force of nature," he states, "up there with love and desire". The album blurs the boundaries between past and present. Webb insists that he prefers to live in the here and now, but in looking back he's found a magical, mesmerising manner in which to forge a path forward: for him, for his music, and for his audience.

Side A:
Carousel Days
Gold And Tinsel
Jackie's Room
Love Turns Her On
Rubicon Song

Side B:
Old Flamingo
Kinky Living
Night In Evening City
Man With A Remedy