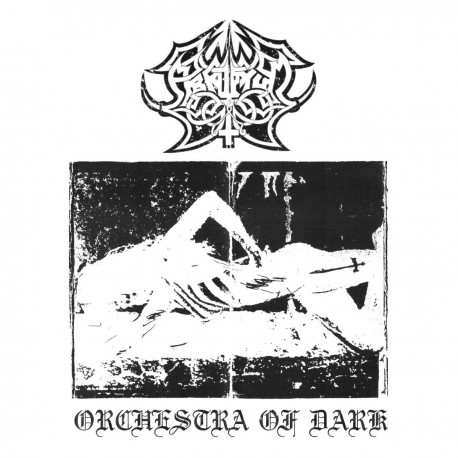 ABRUPTUM should need no introduction: from the beginning of the '90s onward, their status as intensely evil cult icons has already been etched intro legendry, with new generations discovering the duo's dark ways every year. Of all of ABRUPTUM's strange and storied catalog, 1991's Orchestra of Dark is one of the most interesting. Most significantly, this is the demo which compelled Mayhem's Euronymous to sign the band to his Deathlike Silence Productions. While the story could satisfyingly stop there - again, ABRUPTUM went on to black metal's most infamous label before its founder's untimely murder - it bears repeating that Orchestra of Dark is in part built upon the previous year's The Satanist Tunes demo, but bolstered with different effects and an outro, making for 25 total minutes of audial blasphemy instead of 16. More importantly, it is the haunting, horrific sounds ABRUPTUM committed to tape here which make the recording sound as frighteningly fresh today as it did way back then - verily, avant-garde soundscapes brought deep into the black, occult ritualism gone wonderfully wrong, the work of restless youth holding nothing back. Truly, the sound of righteous danger! Way, way ahead of its time, Orchestra of Dark is long overdue for archival reissue as a stand-alone release. Long live ABRUPTUM!