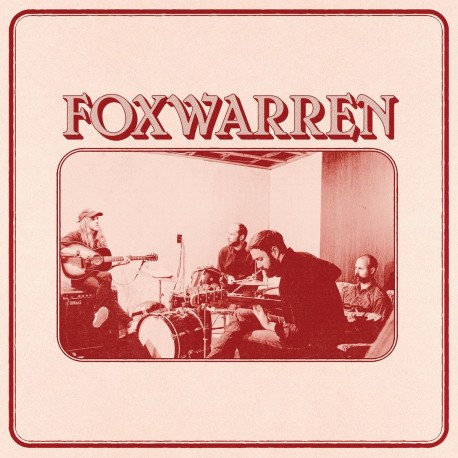 Foxwarren's backstory reads like a page torn from the manual of rock & roll authenticity. They are siblings and childhood friends who formed a band in college. They went on to live as roommates and recorded an album in the basement of a rented house. Even the band's namesake comes from the brothers (Avery and Darryl) Kissick's family home. The band's self-titled debut is subtle and thoughtful, it draws parallels to frontman Andy Shauf's solo work while leaning on collaboration and looseness rather than Shauf's meticulous arrangements. Where Shauf leaves space for orchestration, Foxwarren take time to ruminate on passages and themes. Propped up by warm driving rhythms and a familiar voice, and colored with soft electronics and coarse guitars, it's a record that ultimately hinges on sincerity. It captures the feeling of friends pushing each other, of a band looking inward for inspiration instead of outward for influence. It's a record that sat finished for years and almost never saw the light of day. We should count our lucky stars that they've decided to share it.