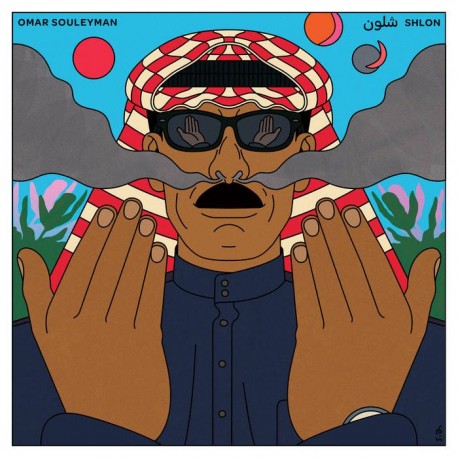 After the acclaimed "Wenu Wenu" & "Bahdeni Nami" released in 2015 and the success of "To Syria With Love" (2017) followed by collaborations with Bj rk and Four Tet, Omar Souleyman presents his fourth and new studio album "Shlon". The album's romantic poetry is the work of Moussa Al Mardood - a long-time collaborator of Omar's who currently lives in Turkey - who wrote the songs in the studio during the recording sessions. 6 tracks are offered to us with Love as the one and only theme. All the tracks are based on techno with an avant-garde sound in the genre and on high-speed Kurdish and Arabic dabkes and styles, except for the track 'Mawwal', whose rhythm is traditionally slower.