> Vinyl>Robert Forster - Danger In The Past 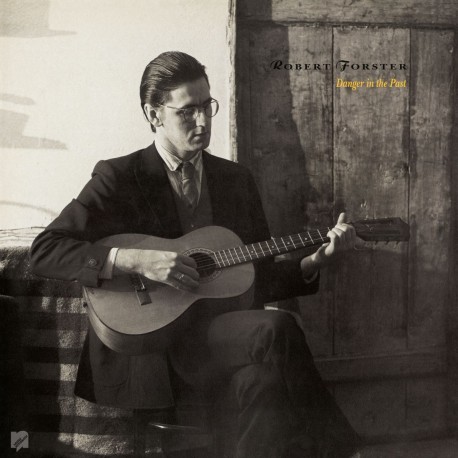 Robert Forster - Danger In The Past

2020 sees the thirtieth anniversary of the album that launched the solo career of sometime Go-Betweens frontman Robert Forster. Upon its release 'Danger In The Past' met with universal acclaim from critics, even drawing comparison with Bob Dylan's 'Blood On The Tracks' in some quarters. To mark this milestone, Needle Mythology Records will be reissuing expanded versions of both Danger In The Past and its 1992 successor 'Calling From A Country Phone'. The re-release of these albums comes on the back of an incredible 2019 for Forster, in which he released an acclaimed studio album Inferno and received unanimous five star reviews for G Is For Go-Betweens Vol. 2, the second in a trilogy of box-sets gathering Go-Betweens studio albums and previously unreleased live recordings and outtakes. Forster himself has been fully involved on this expanded reissue contributing new liner notes and newly unearthed photographs. For Danger In The Past, Robert recorded in Berlin with an illustrious ensemble that included Bad Seeds alumni Mick Harvey (producer, multi-instrumentalist), Hugo Race (guitar) and Thomas Wydler (drums). BBC 6 Music's Gideon Coe, described the record as "a beautiful, confident solo debut." Of these new remasters, Needle Mythology co-founder Pete Paphides says, "The remastering (from Sean Magee at Abbey Road Studios) has dramatically revealed a depth and physicality to these recordings that casts new light on Robert's intentions for these records. * Remastered at Abbey Road by Sean Magee (credits inc. The Beatles, The Rolling Stones, Sex Pistols) * Out of print for over a decade , the reissue comes on heavyweight vinyl pressing (@ Vinyl Factory) plus bonus 7", housed in a gatefold sleeve. CD comes with 12 page colour booklet. * Includes bonus 7" featuring The Land That Time Forgot and, for the first time on vinyl, Falling Star, the songs also appear as 'hidden' extras on the CD.