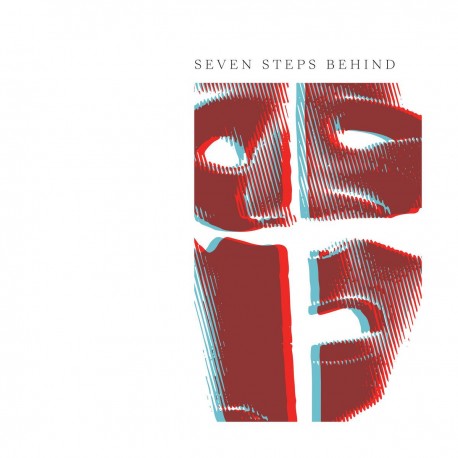 Since Danielle Mana's 2017 debut EP for Hyperdub, 'Creature', which was a taut, evocative suite of beatless, almost neo-classical electronics, we now find his music has caught an alien virus and started hallucinating. On 'Seven Steps Behind', the borders between reality and the weird have collapsed on each other, and with each listen through its zigzagging course, you're rewarded by its strange twists and turns. 'Seven Steps Behind' is an electronic album that doesn't always sound electronic; a great deal of the record has been created to sound like prepared pianos, harpsichords, cellos and flutes. At other times, sampled acoustic instruments and specially recorded sessions have been processed through software and careful editing. It's this sophisticated layering of contrasting versions of the same sources that help give this record its uncanny balance. The album also plays with your sense of time in its mostly drum-free hall of mirrors, pulling from minimalism, chamber music, dark jazz, and synthesiser experiments. Mana's singing voice also makes it's debut here, albeit adorned by abrasive FXs. His lyrics are encrypted in noise, in fitting with the music's chimeric character, casting images for the listener to decipher. His heavily manipulated voice enters on second track 'Myopia For The Future', sounding something like a singing motorbike pitched over bouncing ostinatos, or on 'No Body's inhuman, word-less range, where it's impossible to tell where the human finishes and the machine starts. Or in the case of 'Leverage For Survival' it's animal and machine. Here, as with the album's eponymous final track, a sensory assault subsides to reveal a heart-wrenching melancholy that anchors the record. Listening to 'Seven Steps Behind' is like stepping into a dream, with all the curious emotions and buried meaning that involves. Yet for all its restless, shifting energy it manages to hold both dissonance and melody in sweet proportion.

Side A:
Risk Taking
Myopia For The Future
Talking / Choking
A Note To The Limits

Side B:
Swordsmanship
Leverage For Survival
Symphony Of Regulation

Side C:
Solo
No Body
Instinction

Side D:
Soaking In Water
Seven Steps Behind