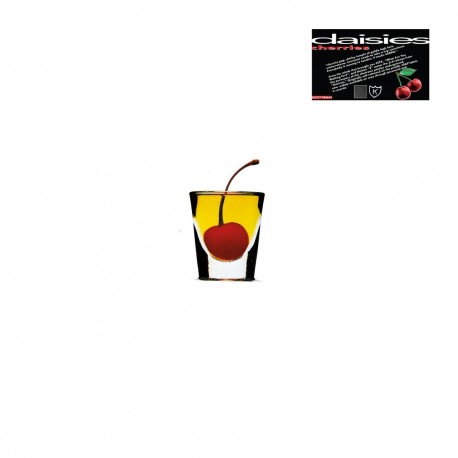 Daisies is a co-release presented by K and Perennial. cherries pop shirley temple of goldie high hats winter returns and everyone needs to take a trip sometimes Everybody is moving to London 2020 perfect vision the songs tell a story of nights inside lights dancing on the screen. out of the blu 4 tracks 45RPM From the minds that brought you CCFX, "What Are You Waiting For?", and Daisies "2" comes the 3rd release from the purveyors of the electronic paisley underground, "Cherries". Originally self released on the prolific JGAP label, now widely available on wax through perennial and k records. This avant pop project features Olympia, WA performance artists Chris McDonnell (CCFX, TransFX) and Valerie Warren. Along with frequent collaborator David Jaques (CCFX, CC DUST) co-producing. Recorded by the the band and Cooper Rosenthal, this release continues the Olympia tradition of singular artist blazing trails for others to soon follow. Look for the video for single "Everybody's Moving to London".

Side A:
Everybody's Moving To London
2020 Perfect Vision

Side B:
Lights Dancing On The Screen
Out Of The Blu