> Vinyl>Mayhem - Out From The Dark 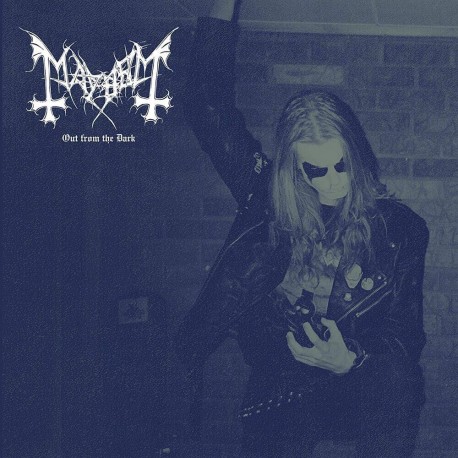 Mayhem - Out From The Dark

THE 1989 'OUT FROM THE DARK' REHEARSAL RELEASE PRESENTED ON VINYL, FEATURING THE ICONIC & CLASSIC MAYHEM LINE-UP. Mayhem, the Norwegian pioneers responsible for invigorating a global scene alongside originators such as Venom, Celtic Frost & Bathory, formed in 1984, and with a long history of tragedy, intrigue and infamy have become truly revered legends of black metal, with a large part of their legacy established in the late 80's & early 90's, when guitarist Euronymous & bassist Necrobutcher welcomed Hellhammer on drums and Dead on vocals, to help shape a new era of darkness and Armageddon. 'Out from the Dark' features a rare & ferocious rehearsal from the Mayhem archive which was recorded back in 1989 and is a chance to hear tracks from the quartet's early years in all their raw and brutal glory, including classics such as 'Freezing Moon', 'Funeral Fog' & 'Deathcrush'. The band would embark upon a serious of live shows in Norway and Germany the following year which would eventually go down in black metal legend, with those particular recordings also now immortalised. Now reissued on the vinyl format 30 years after the rehearsal took place, with cover artwork featuring vocalist, Dead.