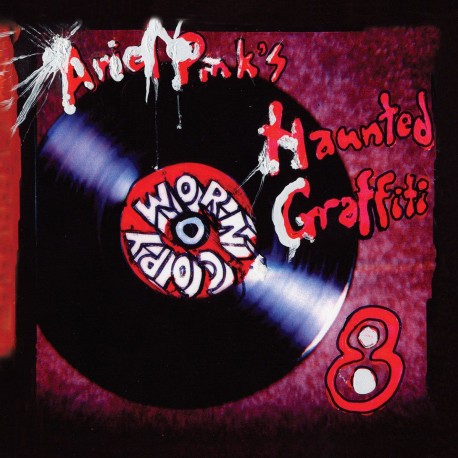 Ariel Archives is a comprehensive series of reissues and retrospective collections concentrating on the treasure trove of material recorded and released by Ariel Pink as Ariel Pink's Haunted Graffiti. Ariel Archives Cycle 2 is comprised of The Doldrums, Worn Copy and House Arrest - representing Ariel Pink's most classic recordings as Ariel Pink's Haunted Graffiti, the name used for his one-man recording venture between 1999 - 2004. Each release has been restored from the original cassette masters, which have been retransferred and remastered from single-track sources. The first volume of Ariel Archives featured new editions of Loverboy and Underground, plus a long-awaited follow up volume of rare and unheard tracks titled Oddities Sodomies Vol. 2. The Doldrums * Sourced and restored from the original digital and cassette mixes, and newly remastered * Expanded across two LPs Worn Copy * Restored from the original 2003 CD-R mixes, newly remastered House Arrest * Audio restored from the original master cassette tapes, presented in true stereo for the first time ever, newly remastered * Expanded across two LPs and including the first-ever vinyl appearance of "The People I'm Not," "Oceans of Weep," "Netherlands," and "Higher and Higher" The Doldrums, Worn Copy and House Arrest will be released on April 24 by Mexican Summer.

Side A:
Trepanated Earth
Immune To Emotion
Jules Lost His Jewels

Side B:
Artifact
Bloody! (Bagonia's)
Credit
Life In L.A.
The Drummer

Side C:
Cable Access Follies
Creepshow
One On One
Oblivious Peninsula
Somewhere In Europe/Hotpink!