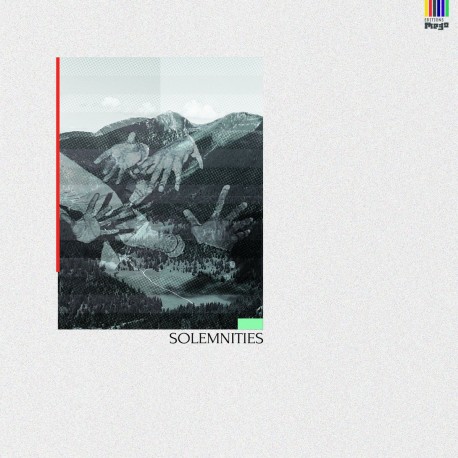 Finlay Shakespeare is a freak. With this, his second album for Editions he confirms this. As a one man band it often strikes the listener as bewildering that he can do all this; the programming sits firmly in the realms of genius, the constant punch of melody upon melody leaves a pleasant sting of surprise and as a lyric writer there's a part of his moniker that seems apt. Solemnities is more gritty than his previous outings as a more raucous industrial edge is grafted on to his epic electronic pop leanings. Occupation launches proceedings as a snarling electro pop monster. Finlay's vocals have never been delivered with such urgency. From here it's one melodic banger followed by another as Shakespeare truly hones his voice and craft into something utterly of his own devising, despite, or as a result of, the specific world of electronic music he is referencing. Covering a wide range of emotional states, from anger to euphoria this is a wild complex dip into one man's world perfectly crafted into an external release. She Says / Nothing Ends concludes proceedings with an anthem so bold it would be a worldwide hit if the world could be told. Find a comfortable position, turn Solemnities up loud and let Finlay take you on this startling spectacular trip.