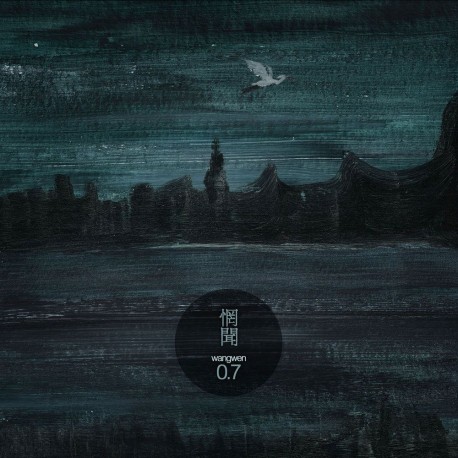 * Single LP in 5mm spine sleeve * Comes with 12 pages vinyl-sized booklet. 0.7, originally released in 2012, is album #7 out of 11 in the impressive carreer or China's leading instrumental rock band WANG WEN. Their international audience has grown tremendously with the past 2 critically acclaimed albums, the bleak and melancholic "Sweet Home Go!" (2016, album #10) and the slightly warmer and more accessible "Invisible City" (2018, album #11), which the band presented live during 2 successful tours in Europe. WANG WEN are hailing from Dalian, a grim city in the North of China where large groups of young people currently move away towards more prosperous regions of booming China. a depressive environment, as guitarist and band leader Xie Yugang confirms. WANG WEN's music is a proud and conscious statement against the all-surrounding depression, and also to some degree a declaration of loyalty towards their home: their sound is oozing with melancholy as much as it is oozing with hope. 0.7 can be considered one of the most important albums in the band's discography. After constantly struggling with finding rehearsal spaces - for several years, the band had to deal with local villains and move into new temporary spaces every few months - this was the first album that they recorded in a proper recording studio, which were not easy to get access to in the China of the past decade. It was also the first album that the band recorded live in the studio - an approach that WANG WEN have since stuck to on all following albums. 7 of the 10 songs recorded ended up on the album 0.7, the remaining 3 tracks were released on the split EP with PG.Lost later that year. 0.7 is an epic musical journey across the vast seas of one of the most interesting instrumental bands of our time. FOR FANS OF: Godspeed You! Black Emperor, Polvo, Jaga Jazzist, Seam, Mogwai, PG.Lost, Sigur Ros, Explosions In The Sky, This Will Destroy You