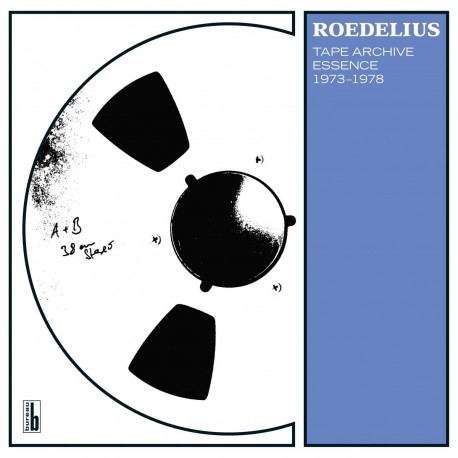 During the legendary Forst years Roedelius had a private workspace with a Farfisa organ, a Revox-A77 tape machine, an echo device and a synthesizer which he borrowed from the Cluster studio next door now and again. Here he experimented, practised, allowed his imagination to flow, at any hour of the day or night, whenever he was not in the studio with Dieter Moebius and/or Michael Rother at work on new Cluster or Harmonia material. Roedelius always let the tape run, in order to analyze the ideas thus captured more effectively on repeated listening For the first time ever this Roedelius audio sketchbook had been digitalised and available to the public in 2014 on a limited (500 units only) 3-LP box set called "Roedelius Tape Archive 1973-1978". The recordings offer us a deep insight into the creative process of his music. Fleeting notes, slivers of ideas, so to speak, moments of inspiration. Finger exercises, experiments in harmony, studies in rhythm are also preserved on these magnetic tapes. Since the box set has been sold out for a long time, we decided to release the essence of those 3 LPs on a 1 LP compilation: "Roedelius Tape Archive Essence 1973-1978"