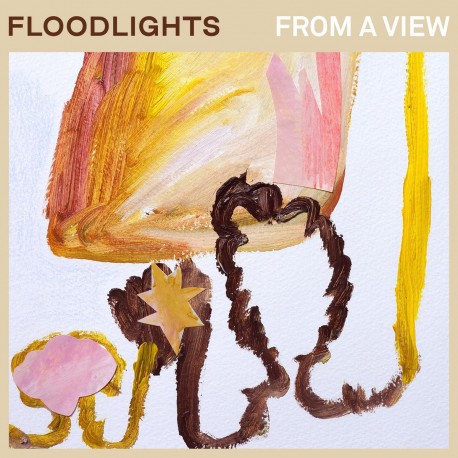 Floodlights - From A View

'From a View' is the debut LP from Melbourne's Floodlights. This full length album explores themes of identity, personal crossroads and the misuse of power in the modern world. Historical awareness remains a central pillar for the band's material, and is often a theme that shines through various songs from the lyrical content. Floodlights are made up of members Louis Parsons, Ashlee Kehoe, Joe Draffen and Archie Shannon (Dragoons).

Following a tour of Australia's East Coast in October last year, the band began polishing up what would become 'From a View'. The 11 tracks were written over various points in the band's short career, yet come together fittingly to depict their distinct sound. Their 2019 EP 'Backyard' gained them more traction than they anticipated, ending up in a deal with Spunk Records, and a large amount of air time on community radio in Australia and various larger radio stations around the world (BBC 6 Radio, KPSU Portland, etc).

'From a View' is the band's first exploration into proper studio recording with a well regarded sound engineer. The album was recorded over two days in November 2019 at Head Gap Studios (Preston) by Nao Anzai. It was recorded live, directly onto a 24 track tape machine with minimal overdubs, and sometimes none at all. Anzai took the role of mixing the album, working closely with Shannon over four hot nights in December before sending it off to Mikey Young for the Master.