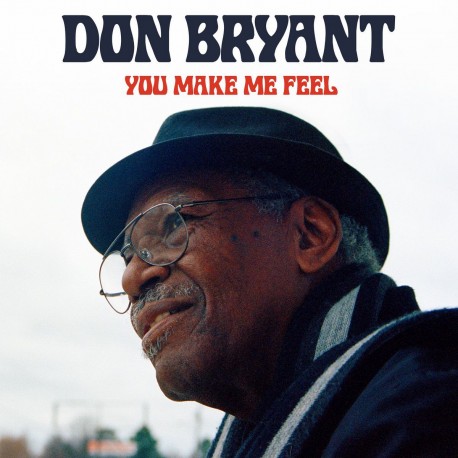 Don Bryant - You Make Me Feel

On his second release since returning to solo soul stardom, Bryant capitalizes off the success of his 2017 release Don't Give Up on Love. On his newest album You Make Me Feel, he's also reaching back into his own catalog, with a fresh take on songs he wrote long ago.

From reprises of his own songs such as Don't Turn Your Back on Me and I'll Go Crazy, Bryant finds new emotions within himself to share, alongside a cover of Little Junior Parker's Cracked Up Over You, which Don admits he forgot he wrote after so many years of contributing to other artists' catalogs. Most touching, however, is a new version of 99 Lbs., in which Don sings about his loving wife, as she no longer sings about herself.

In addition to giving new life to his classic material, Bryant's latest collection includes new, never released songs, such as the heart wrenching ode Is It Over and the soul stirring dance tune Your Love is to Blame. Though he took several decades before returning to his love for soul music, Bryant says this album is a part of perfect timing for his heart, spirit and craft.

Side A:
Your Love Is To Blame
99 Pounds
Is It Over
I Die A Little Each Day
Don't Turn Your Back On Me

Side B:
Your Love Is Too Late
I'll Go Crazy
Cracked Up Over You
A Woman's Touch
Walk All Over God's Heaven