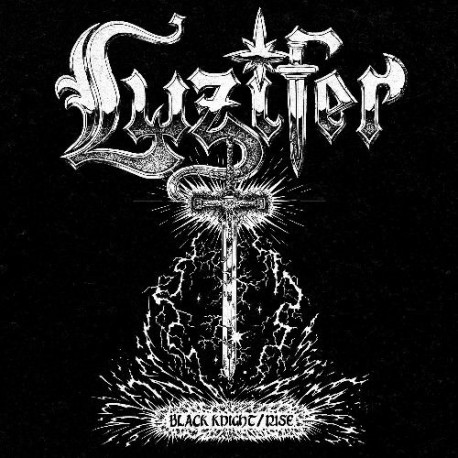 Luzifer, a side project of German thrashers Vulture, were originally formed in Hamm/North Rhine-Westphalia in the year 2009 by Steeler (vocals, bass) and Gen zider (vocals, guitar, drums). In 2015 their "Rise" EP was released, followed by "Black Knight" on High Roller Records in 2015. Both 7" singles have been unavailable for quite a few years and are now being re-issued as a mini-album on High Roller Records. According to band members Steeler and Gen zider Luzifer have been influenced by Angel Witch, Witchfynde, Ritual, Warlord, old Manowar (circa "Into Glory Ride"), Heavy Load and Mercyful Fate, with a bit of German krautrock thrown in for good measure.

Side A:
Black Knight
Sanctuary

Side B:
Luzifer Rise
Heavy Metal Tinnitus
Rites Of The Night