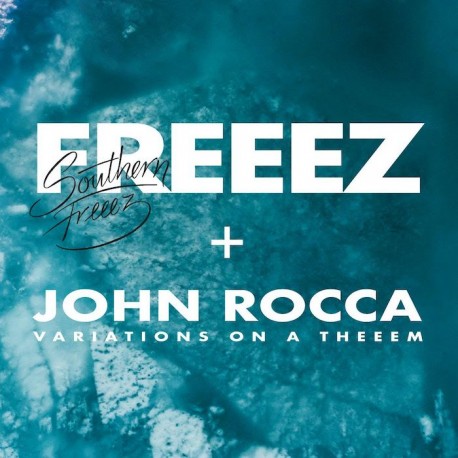 Freeez were a legendary group from London, known as one of the UK's main jazz-funk bands of the early 1980sÃ¢â‚¬Â¦aka Brit funk. Led by John Rocca, Freeez consisted of various musicians, originally with Rocca and others including Andy Stennett (keyboards), Peter Maas (bass guitar) and Paul Morgan (drums). While they may not be a household name, if you know, you know. Freeez went on to be sampled many times, by artists including Jamie xx, Coolio, Brandy, Madlib and more.

Their debut album Southern Freeez was initially released in late 1980 on John Rocca's own label Pink Rythm, but within weeks, they were signed by Beggars Banquet, who re-released it in 1981. The album contains the hit song "Southern Freeez" which included guest vocals by Ingrid Mansfield Allman.

40 years after the original release of Southern Freeez, after being contacted by Beggars Arkive about a reissue, John was inspired to go back to his roots. He pulled together some of the work that he had been experimenting with over the years and enlisted some musicians (including his two nephews) to play on the tracks, saying that doing so "was a nice reflection of the past meeting the present". John has also re-recorded a new version of "Southern Freeez" on the second LP which he does the vocals on. The album cover features award-winning Arctic photography by Florian Ledoux.

Southern Freeez has been remastered and is pressed on blue/black marbled vinyl.

Side A: (FREEEZ - SOUTHERN FREEEZ)
Mariposa
Caribbean Winter
Easy on the Onions
Sunset

Side D:
My Name Is Love Part 1 + Part 2
Slow Down (ordinary dawn)
Rain